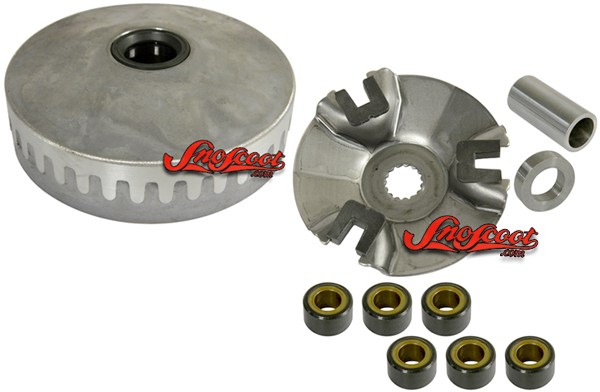 Below we have provided detailed instructions for installing the Snonoscoot.com primary clutch sliding sheave replacement kit. At any time, you can hover your mouse over the small pictures to see large photos, which are meant to clarify our instructions. If you follow our instructions, this procedure isn't tough, and typically only takes about 20 minutes to complete. If you have questions about any of the steps listed below, please give us a call or send us an email. 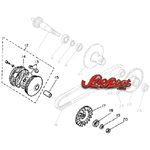 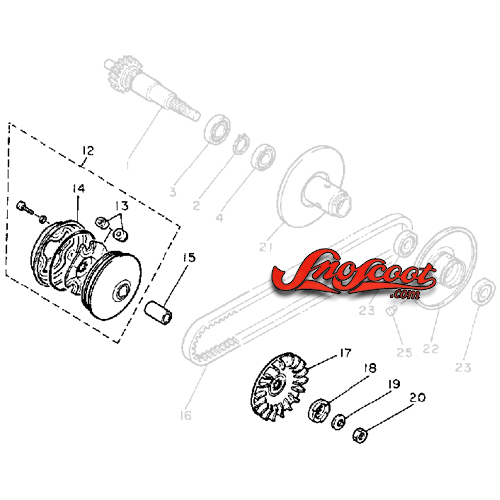 After removing the cowl and clutch cover (removal of kickstarter lever is not required), remove the kickstarter clutch cup, primary fixed sheave, and primary sliding sheave. With the outer nut removed, the parts behind should slide right off. The parts to be removed are pointed out above. You are now ready to assemble the Snoscoot.com clutch kit. 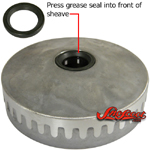 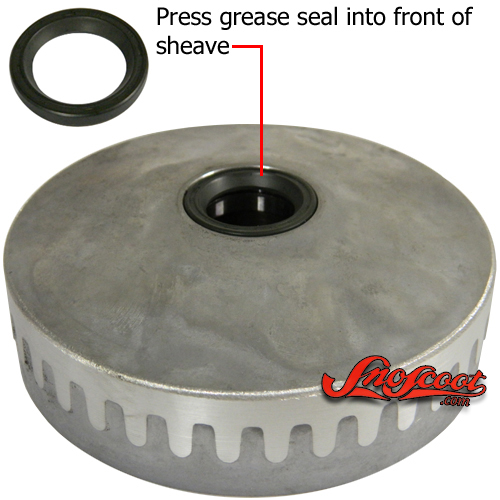 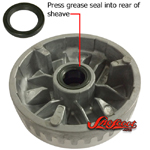 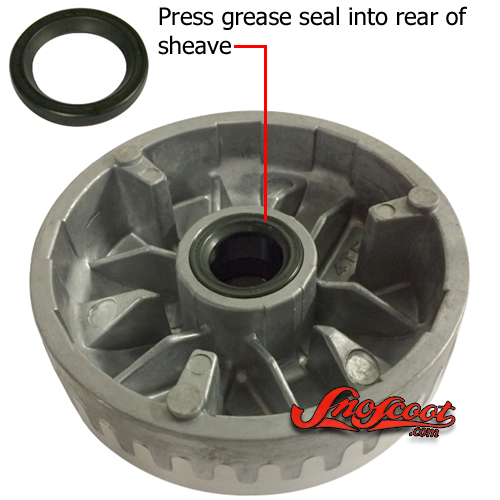 Press the two included grease seals into the new machined aluminum clutch sheave, as shown above. 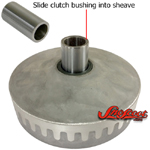 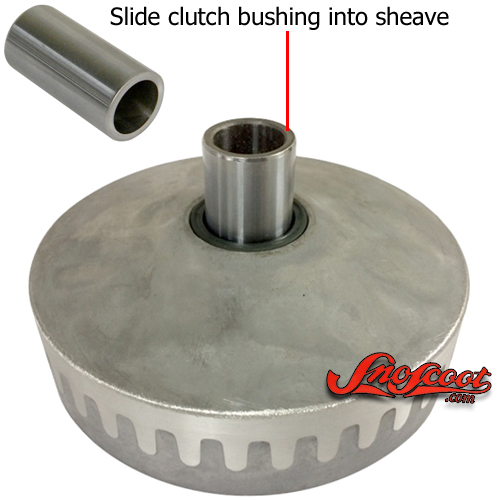 With the seals installed, coat the included clutch sheave bushing with a little bit of grease (not included) and slide it into the clutch sheave, as shown above. Be sure to wipe excess grease from the assembly so it doesn't get on your drive belt. 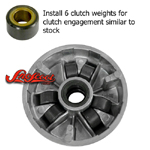 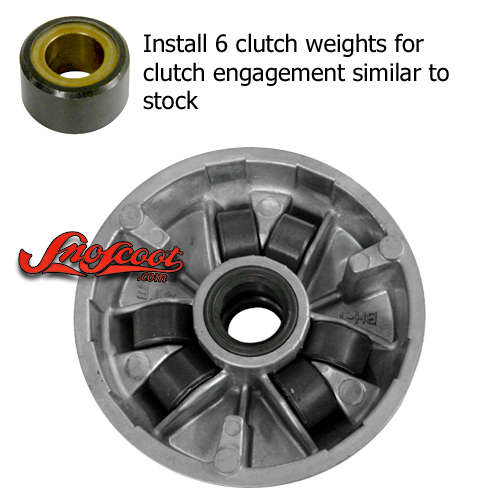 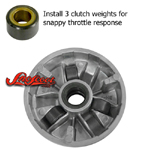 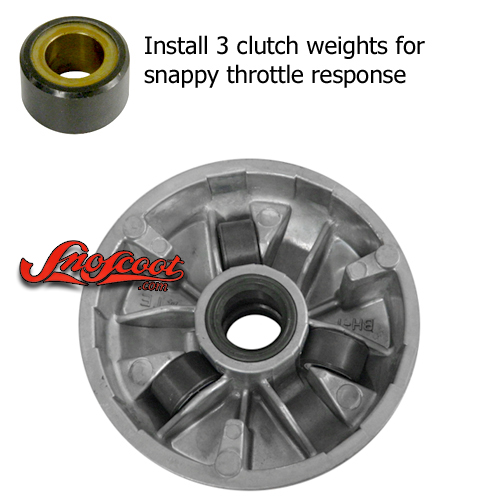 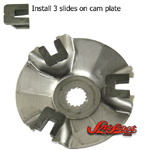 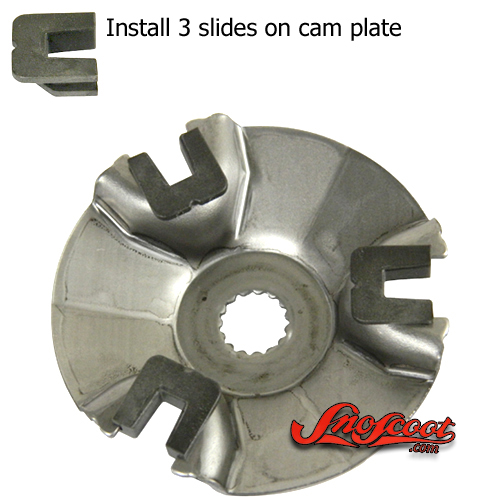 Install the three included plastic sliders onto the slots on the included steel clutch cam disk. The sliders only fit one way on the disk. 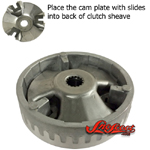 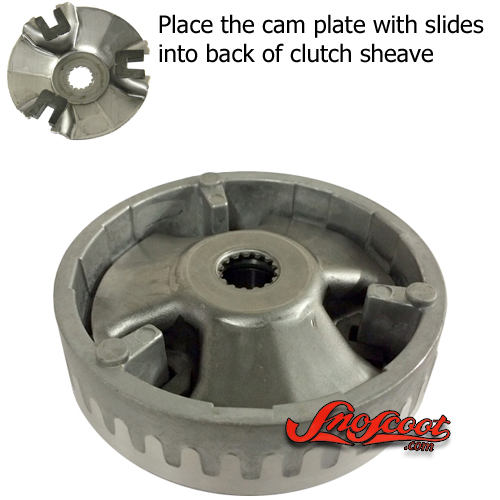 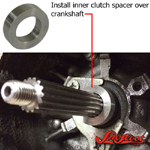 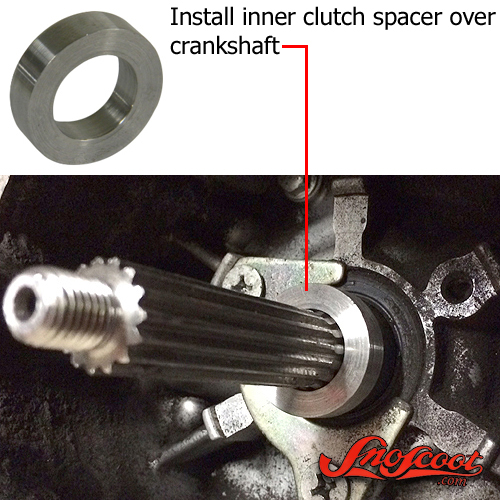 With the stock drive clutch assembly removed (as described in step 1), slide the included machined clutch spacer over the splined crankshaft output shaft on your engine. Do not remove the bushing that fits into the oil seal for your crankcase before doing this. 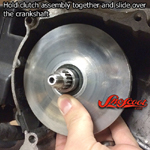 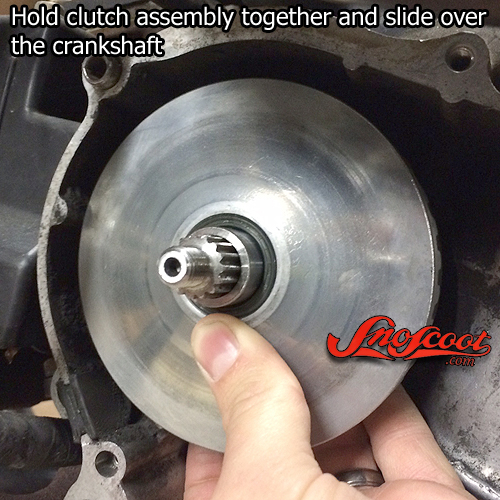 Hold the new clutch sheave assembly together and slide it over the crankshaft and push it up against the clutch spacer installed in step 7. 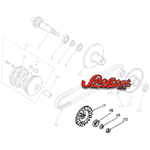 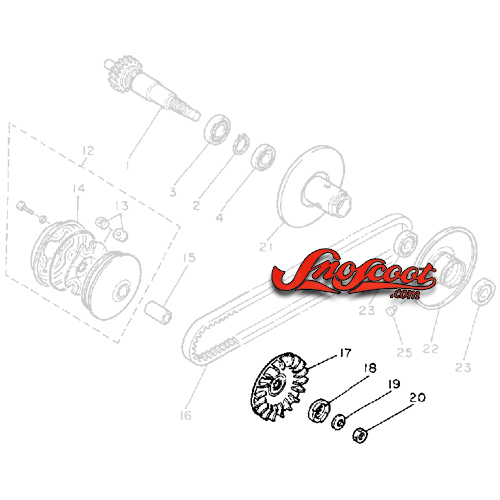 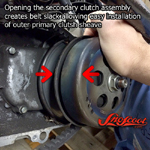 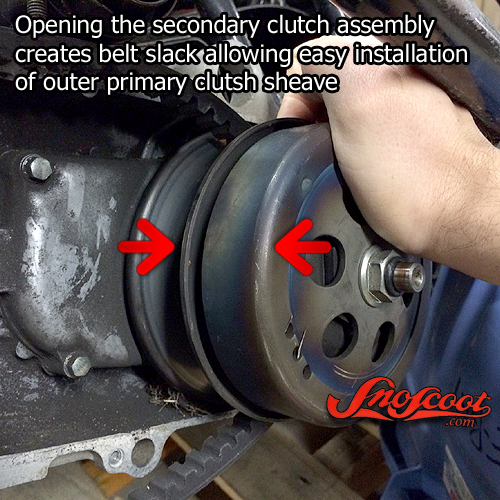 Reinstall the clutch cover and cowl and ride your Sno-scoot!